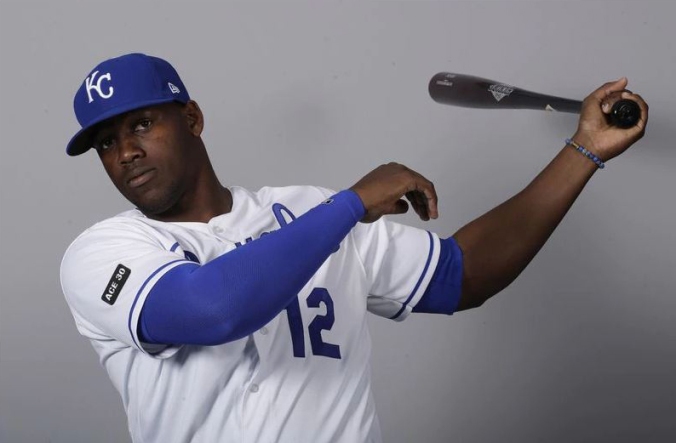 While we specialize in Royals history here at U.L.’s Toothpick, it would be a mistake to limit that to dusty memories and old-time stories when history is happening right before our eyes.

Jorge Soler is threatening to lead the American League in home runs. Heck, he’s threatening to lead all of baseball in home runs. After a big series in Chicago this week, with three homers in three games, Soler stands at 44 for the year. He’s already smashed the team record for home runs, which is pretty funny to me. After Steve Balboni held the record for 32 years, Mike Moustakas finally topped it in 2017. I think, given the increase in home runs the last few years, no one expected Moose’s mark to last three decades. But I don’t think many expected that the man who would break it was already on the Kansas City roster. It amazes me that we waited so long for someone to break the Balboni record, so long that it went from fact to joke to almost a point of pride, and the Moustakas record was barely around long enough to feel real.

Now, this mark, the Soler one, this has a chance to stand for a while, I think. Forty-four is a lot of home runs for someone who plays in Kauffman Stadium. Even with the current climate in baseball encouraging home runs, whatever number Soler ends up with is going to be tough to top. Remember, Soler has played every game this year. So anyone who wants to break the record is going to have to play every game or nearly every game, and hit a home run every seven at-bats or so.

The real question is, can Soler lead the league in home runs? He would of course be the first Royal to do so. Right now he’s locked in a battle with Mike Trout, who has 45 home runs and also has not played since last weekend due to a foot injury (he says he intends to play this weekend). Trout’s absence let Soler close the gap a little, and now the race is on, to quote George Jones. With an eight-homer advantage on the three players in third place, Soler is almost guaranteed a top-two finish at this point.

You might think, given the Royals’ longstanding inability to hit home runs, that this is the closest any Royal has ever come to leading the league. And right now, with a deficit of one, you’d be correct. However, there have been a few times a Royal came close.

In 1975, John Mayberry belted 34 home runs. Big John was Kansas City’s first consistent power threat, and this was his best year. He finished third in the AL with those 34 home runs, two behind the co-leaders, Oakland’s Reggie Jackson and Milwaukee’s George Scott. Coincidentally, Scott would be brought in by the Royals in 1979 as part of their ongoing effort to replace Mayberry’s power after he was traded away just before the 1978 season started. Scott’s time in KC didn’t go well; he hit just one home run in 162 plate appearances and was released two months after he was signed. Anyway, Mayberry was the first Royal to finish in the top five of the league home run derby, in 1973, and then the first to finish in the top three.

The next time a Royal would threaten the top of the leaderboard is, not surprisingly, Balboni’s 1985 season. The big first baseman topped Mayberry’s mark with 36, the team record that sometimes seemed unbreakable even as it seemed like it should be very breakable. Balboni finished in third, four behind Darrell Evans of Detroit and three behind Carlton Fisk of Chicago. I guess Balboni’s consolation prize (besides a World Series ring and a team record) was that he had the most home runs in the AL of anyone under age 37. Seriously, Evans and Fisk were both accomplished power hitters, but were unlikely picks to lead the league. Evans had hit just 16 bombs the year before, and Fisk didn’t hit more than 26 in any other season of his Hall of Fame career. Nowadays, if a 37-year-old had a season like that, there’d be some questions. Of course, I’m not suggesting anything untoward here; neither player was ever accused of anything of the sort and there’s no reason to suspect them. Just an unlucky break for Balboni.

Younger readers may not know this, but 1987 was a homer-happy year by the standards of the day, There was a lot of talk about the ball being juiced. Mark McGwire just missed becoming the first AL player since Roger Maris in 1961 (well, and Mickey Mantle that same year) to reach 50 home runs; he led the league with 49, two ahead of Toronto’s George Bell. In his first year in Kansas City, Danny Tartabull finished in a tie for third. Unfortunately, that sounds more impressive than saying he hit 34 and finished 15 off the pace. Tartabull wound up tied with four other players: the aforementioned Evans, plus Dwight Evans, Kent Hrbek, and future Royal Wally Joyner. Still…15 off the lead. It’s hard to say this was a close one.

A couple of years later, Bo Jackson did come closer to the league title. In 1989, Jackson was pretty much the baddest man on the planet, give or take a Mike Tyson. NFL player, All-Star Game MVP, Nike commercial star, you name it. But not American League home run champ. That would be Toronto’s Fred McGriff, with 36. Bo came in fourth with 32. However, he only played 135 games; McGriff played in 161. Joe Carter, in second place, played all 162. Third-place finisher McGwire played 143. Staying healthy is part of winning a home run title, but if Jackson had played 155 or so games he most likely would have won the title.

As the Steroid Era progressed, the Royals just couldn’t keep up. Gary Gaetti flirted with Balboni’s mark in 1995, hitting 35 dingers in the strike/lockout-shortened season, but finished 15 behind leader Albert Belle. In 1998, Dean Palmer belted 34 home runs but finished 12th in the league, 22 behind Ken Griffey Jr. Jermaine Dye hit 33 in 2000; that was only good for 16th. As the franchise plumbed the depths of losing, they failed to make a dent in the league leaders column. Even when the team returned to winning, they didn’t put up a threat for the home run crown; in 2015, the team leaders in home runs were Alex Gordon and Kendrys Morales, with 22 apiece. Even combined, they would not have led the league in homers as Baltimore’s Chris Davis had 47 (if 2015 feels like a long ago time to you, imagine how it must feel to Davis).

Even Moustakas’ record-setting year was well off the mark. Aaron Judge of the Yankees led the league with 52 homers in 2017; Moose finished tied for fifth with Edwin Encarnacion, Logan Morrison, and Justin Smoak.

So this is what Soler is up against. Not just the best player in baseball in Trout, but 50 years of history that says a Royal has no business winning an American League home run title. It’s been 30 years since a Kansas City player even came close, really. No matter what Soler ends up with, it’s been an amazing season. But if he can somehow pull off the title, it would be even more amazing.

One thought on “Jorge Soler’s Quest For A Crown”